Did you know that artificial intelligence is already attending our translation needs? For some weeks ago, I was introduced by my sister to DEEPL and since then the world became even closer.

There are about 10 languages included and I could imagine that some others might be on the way!

Please go ahead and give it a try! I promise that you will not be disappointed, also not for those languages you think you don’t help for translations. 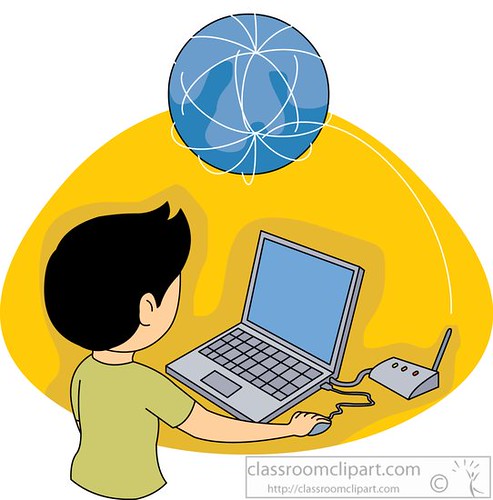 “Invention of World Wide Web” by nunecoe is licensed under CC PDM 1.0

The world has already changed a lot since the last months under pandemia and will be changing even more in the next months. Prior to the coronavirus many companies and many people spent a huge amount of time on discussing topics such as remote work and if there could be a basis of trust high enough to accept people working at home, at least sometimes. The crisis has changed the world upside down and companies who were not already flexible enough with their peers, had to accept change in a rather absurdly rapid path. Here are some insights on what the current changes might mean for you, being involved in an international career search or aspiring for it:

Learn about what one of them has to say here.

In a rapidly developing world, cities need to reinvent and modernise themselves in order to remain relevant and attract qualified staff. According to the “law of globalisation”, only innovative cities have a future. At the so-called “war of talents”, cities fight for talented people. Therefore cities invest more and more in infrastructure, networking, innovation, education and leisure.

The “Cities of Opportunity” ranking is published by the firm Movinga after intensive analysis. Are you curious about the result? German (and European) cities are doing pretty well. Seven out of 10 cities are located in Europe!

Top ten – The best cities to work in the world:

The Bavarian capital is currently experiencing strong economic and population growth. The city is strong when it comes to biotech and IT. This is where Allianz, Siemens, is located, Infineon and BMW – four DAX companies. Therefore, expenditure on innovation and networking is particularly high.

The British Guardian has therefore already christened the Bavarian capital “Europe’s Silicon Valley” – nowhere is the rate of technology patents per inhabitant higher than here.

However, this growth places high demands on the city’s land management. The Werksviertel near Munich’s Ostbahnhof station is a current example of this.

According to local media, around 1.5 billion euros will be invested in the conversion of the plant quarter and after completion, around 3,000 inhabitants will use the plant district as a House.

A number of remarkable office developments are also part of the project and could attract more than 12,500 employees to Munich. The mixed-use quarter offers shopping facilities as well as leisure, sports and Cultural facilities, including cinemas and a new concert hall.

Especially for engineers (think of BMW, Siemens and Co.), managers and consultants Munich is attractive, the lively start-up scene, large media groups, the strong But the science location and the booming tourism also offer a lot more in other areas great odds.

By the way, the Bavarian state capital has been leading all rankings for years in terms of quality of life and the Munich metropolitan area is known to be one of the strongest Germany’s economic engine.

An enormous feeling of gratitude, like that one which almost lets your heart explode inside your chest, is what I feel at the moment when I go back to the questionnaire I did a few weeks ago and check the results!

When I prepared this questionnaire, I received help from all sides, but on the other hand some people asked me how much I would invest to get answers and some said that the questionnaire had become too long (which is true) and that they were afraid that many would open the file but would not complete all the questions.

The end result is that 121 (!) people contributed to a very extensive survey, which will enable me to assess even better the desires and expectations of those seeking a job abroad, more specifically in Europe. And out of these 121 people, 72 left their e-mail address to be informed about the Connexx project and to participate in a book draw.

As I don’t know if she is someone who speaks Portuguese, I just sent an e-mail in English offering one or two of my signed books or a book of her choice for 20 euros, in case the person doesn’t speak Portuguese.

If you should know who she is, please tell her to take a look at her mailbox!

I would like to once again leave a big thank you to everyone who participated. A project cannot go ahead if many people don’t give their share of contribution. And in Connexx’s case, I can see that I’ve received a lot of support! Therefore, I feel pure gratitude!!!

Source: Article “The best managers balance analytical and emotional intelligence” from the HBR.

Hi there! Today is Sunday and in the morning, specially when I wake up earlier than the rest of the family and it’s raining outside, I start thinking about my projects and about my life.

My daughter has just got her dream job! And it is an exercise of gratitude with life and a recognition of all efforts, hers and mine, reading a coaching document I’ve produced with her 6 years ago in 2014.

This document explains WHY she choose what she choose during the last past years and somehow (happy discover!) describes the PRESENT. What a gift from universe, isn’t it?

My deepest belief as a career coach and dream mentor is that the world should be surrounded by people who dare to be themselves and LOVE what they do. If we shine, others will shine around us!

I wish you a great Sunday full of discoveries!!!

Viktor Frankl shows very simply why we should always see in others and in ourselves the best version available and possible. It’s the second time I’ve watched this video and I could repeat it more times, as a positive reminder for me and others.

There are a set of rules to follow if you want to actually stick to new habits. Now, you can ignore these rules, as most people do, and increase your likelihood of failure. Or you can try the rules, and see if they work for you (each person is different, so you have to figure out your own formula).

Here are the rules:

How to Learn the Habit Skill

That might all seem like a lot to learn at once. That’s OK. We’re going to learn it simply and easily. Here’s how:

Do the easiest possible habit when you first start.

If you’re not good at habits yet (and if you’re reading this guide, you probably aren’t), then start with the most basic skills — don’t try to do ninja habit skills yet.

Some ideas for habits to start with:

Too easy? Try something harder, and if you fail, then promise me you’ll try one of these.